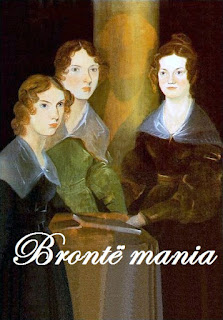 Gilbert Markham is deeply intrigued by Helen Graham, a beautiful and secretive young woman who has moved into nearby Wildfell Hall with her young son. He is quick to offer Helen his friendship, but when her reclusive behaviour becomes the subject of local gossip and speculation, Gilbert begins to wonder whether his trust in her has been misplaced. It is only when she allows Gilbert to read her diary that the truth is revealed and the shocking details of the disastrous marriage she has left behind emerge. 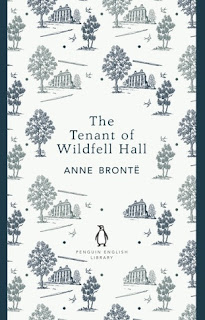 The tenant of Wildfell Hall is a re-read - again - decidedly, 2020 has been my  re-reading year ! And this is a beautiful novel, a bit too religious for non-religious me, but a wonderful feminist novel.
Recently, I re-read Agnes Grey and even if I loved it, I prefer this one. Because here, I found the fire that is to me related to the Brontë family. Helen had fire and Gilbert had fire (a bit too much : the fight with Lawrence). What I mean by that is that they are not flawless characters, but completely believable and human, passionate persons who don't care what people might think of them as long as they act according to their conscience. In this place and time, it's a brave attitude.
This novel produced a shock when it was published, for in this well bred society where reputation was everything, that a wife should refuse herself to her husband, or run away with her son, was completely  scandalous ! But Anne, having witnessed her drunken/addict brother's behaviour, seeing this woman in her village who left her violent husband, thought that she should write about the subject, something that wasn't talked about, that was tolerated,  whatever you might think of it. It was so easier to look the other way.
That a younger clergyman's daughter, living in a small village far from everything, was able to write something like that always amazes me and makes me giddy with enthusiasm. Agnes Grey talked about the condition of governesses, those ghosts between worlds in Victorian society, here she wrote about women's dignity and right to freedom : she wrote to change the world, to make a difference. That she should be considered the lesser of the Brontë sisters is incomprehensible and will remain a mystery to me. All this because she was reported to be meek and shy ! But she had personality and a backbone, her writings prove that. Go Anne !
And don't miss this TV adaptation with Tara Fitzgerald, Toby Stephens and Rupert Graves :
Posted by IzaBzh at 11:28