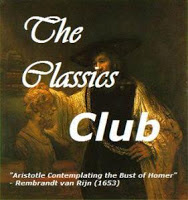 Following this post, #14 was the elected number of my classics shortlist, which corresponds to The dead secret by Wilkie Collins. Here is a brief presentation of this novel, that I will start reading as soon as I have finished those I'm currently on : 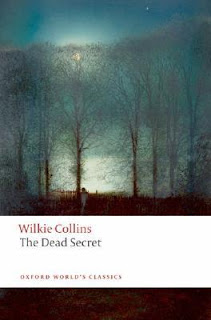 "Oh my God !" to thinbk of that kind-hearted, lovely young woman, who brings happiness with her wherever she goes, bringing terror to me !"

It is fifteen years since Mrs Treverton dictated a secret to her maid, onl moments before her death in mysterious Porthgenna Tower. Now her daughter Rosamond has returned to uncover the past.

A mystery of unrelenting suspense and penetrating characterization, The Dead secret explores the relationship between a fallen woman, her illegitimate daughter and buried secrets, in a superb blend of romance and Gothic drama. Set in remote Cornwall, the novel anticipates The Woman in white, intermingling the same themes of disguise, deception and the dispossession of identity in a powerful and compelling narrative.

Collin's fourth novel, writen between promise and fame, The Dead secret represents an important phase in Collins's rise as a mystery writer and displays all the talent and energy that made him the most popular novelist of the 1860s.

As usual with classics, I'll start reading the story first and the introduction, chronology and explanatory notes later, for fear of spoilers !

I have only read two novels by Collins, The Moonstone, which I liked but not loved (well, it depended on who was narrating the chapter) and The haunted hotel, a short novel that I had to force myself to finish. This one looks really good ! 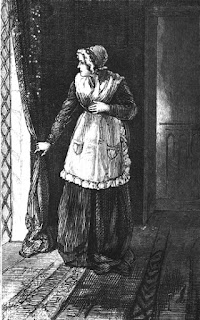